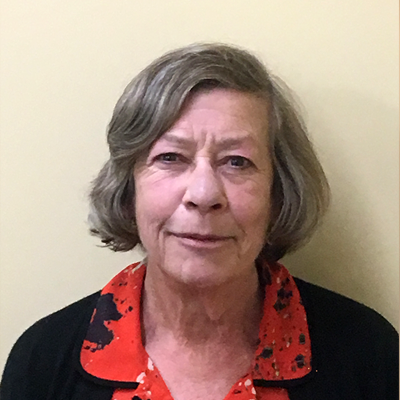 Cheryl has resided in San Francisco since June, 1965 and began as a 2903 eligibility worker in October, 1974. Cheryl has a B.A. in psychology from S.F. State and received her M.S.W. from UC Berkeley.

Over the years Cheryl worked as a temporary supervisor in G.A., as an instructor in the training unit, long term placement worker, E.R./court dependency worker in sex trauma and a supervisor of a blended unit at Third St. While working in sex trauma.

Cheryl has been married for over four decades and has two adult children and a grandson age 5. She retired nearly 14 years ago and has served on the board since the early 1990s.